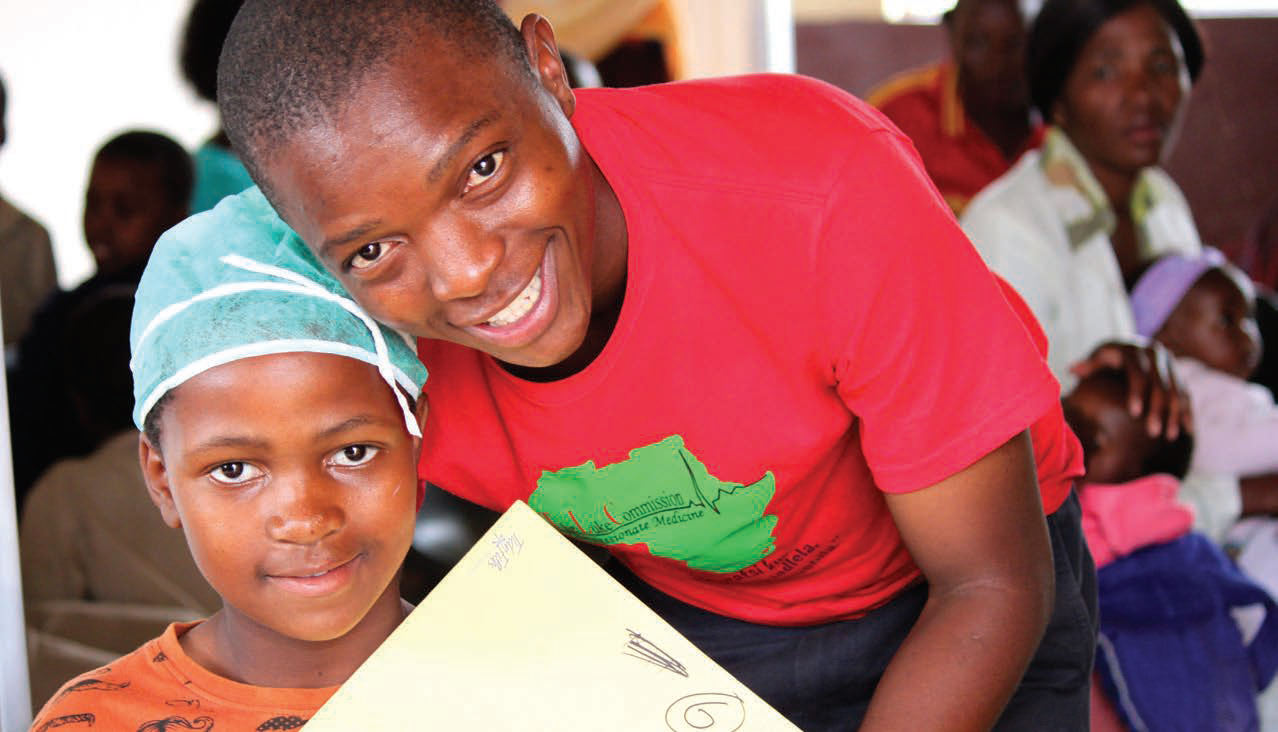 “I thought I would never see again.” – Ndumiso.

Ndumiso believed his younger sister would see clearly again, if she just received the right care. Sadly, he had lost hope for himself. “I knew my sight was failing quickly, but doctors had told me they could never make me see again.” Ndumiso’s juvenile diabetes had resulted in a dense cataract in one eye and a second cataract beginning to form in his other eye. At the tender age of 22, Ndumiso was facing a lifetime of blindness. “I could only see a little in front of me, and it was getting harder and harder to see colours,” Ndumiso told us.

So Ndumiso came to The Luke Commission for his 7-year-old sister, not for himself.

While there, however, not only did his sister get the treatment she needed for her eye allergies, but Dr. Cohen examined Ndumiso. “I was willing to take on the hard case even though the outcome was unsure,” said the ophthalmologist.

The day before his surgery, Ndumiso was nervous. He had watched two grandparents undergo unsuccessful eye surgery. Yet, he said, “This is a wonderful opportunity that I must try.”

When the patches were removed from Ndumiso’s eyes the morning after surgery, he jumped up and hugged the first person he saw. The joy spread to all those watching. It was time to celebrate.

“I have no words to thank everyone I now see around me… I thank God who has sent these people.”

Today, Ndumiso works for The Luke Commission. He wants others to know the blessing of sight and health.